The weather finally cooperated for the final trail series run on September 29. Thunderstorms rolled through the Wissahickon during the afternoon, once more raising the specter of a cancelled trail run. But by race time, clear skies arrived and provided a perfect evening for running.

The race was notable for many reasons, primarily for the return of Rich Greifer to training after a hiatus of many months. He ran in the fun run division with Petra, Louis Secreto and Chris Moore. There was a large turnout of 30 runners.

The course was advertised as three miles long including a loop of Pachella Field, but turned out to be about 2.5 miles long. There were lots of fast times, especially winner Phil Ranly. Phil’s record for the fall trail series: two firsts and one second….very impressive. Many thanks to Chris Moore for directing runners at one turn which many runners would have otherwise missed because of gathering darkness. Below are the results, more or less!! 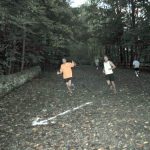 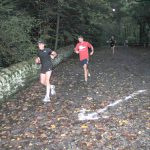 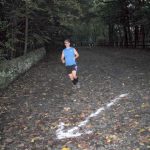 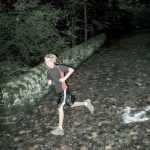 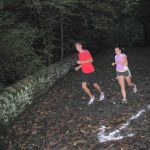 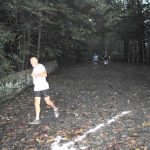 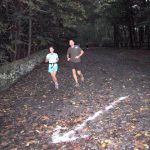 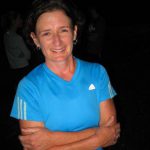 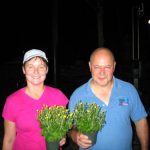 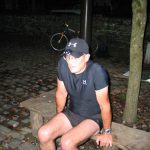 The results for race 3 are located here (PDF) 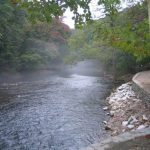 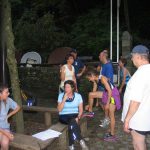 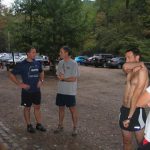 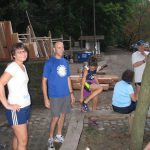 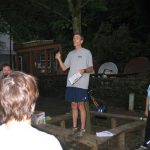 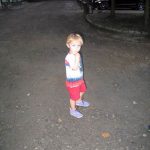 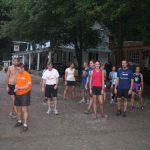 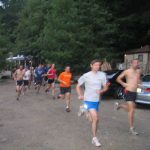 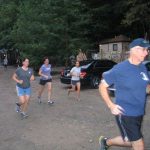 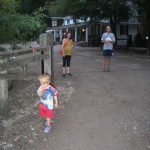 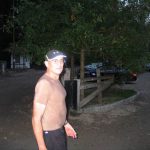 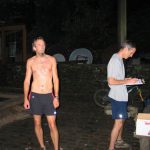 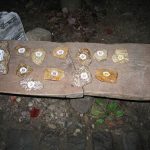 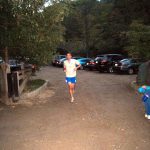 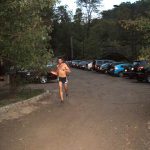 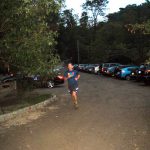 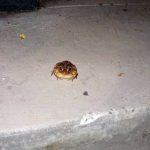 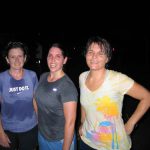 Thank you Chris Moore and Barbara Gorka for directing and writing up the following report:

19 runners braved ominous weather with daylight already failing by 6:30. The Poker run went off about 6:35 with myself and Barb handing out cards at key locations on the course and at the finish. Kudos for Mea for thinking to bring a headlamp! Because it got dark out there.

The first few age group finishers were given the opportunity to “draw” cards to improve their hands. In the end Susannah Grosso easily topped the poker hands with an impressive King high strait flush. (with only one Joker and a single drawn card).

Awards (scratch off lottery tickets) were presented to top age group finishers and the best of them going to the top four poker hands. While all the scratch off lottery results are not available, we do know one lucky runner managed to score $40 on a dollar ticket!  Hope to see everyone next week.

Be ready to race by 6:30,  noting that we will be more aware of the dwindling daylight. (of course runners may also consider bringing lights).

Unfortunately the first of the Series races was flooded out.