The Maplewood Movers on their Second Mile – October 03, 2002 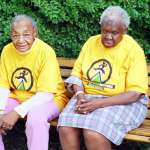 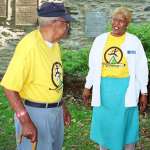 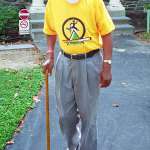 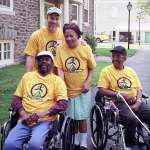 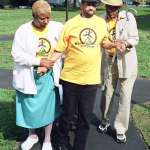 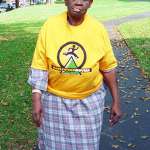 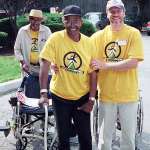 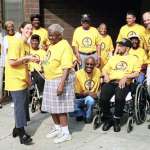 01 Sadie Cutner, left, and Rosetta Rurr take a break halfway through the walk.
02 Aide LuEtta Morris has been promoted to drill sergeant by the Movers. When she’s on duty, there are no shortcuts as Clarence Rowe finds out. (negotiations are underway to recruit LuEtta as a part-time Wanderers coach and motivator)
03 Clarence Rowe was Mr. Steady reeping a smooth even pace throughout the walk.
04 Richard -, Jan Bin Reuter, Evelyn Gunn and Oscar Boyd hit the halfway point on the walk.
05 J.C. Parker stole the sho getting out of his wheelchair to do some great walking. Well done, J.C.!
06 Rosetta Rurr jest kept on rolling during the walk.
07 Oscar Boyd gave his trade mark finishing kick at the end of the walk as Jan Bin Reuter looks on.
08 Spirits were high for the Maplewood Movers after completing the second walk in the eight week program. 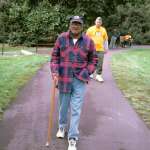 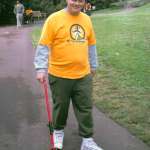 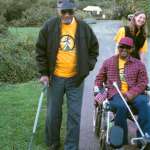 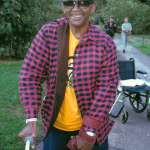 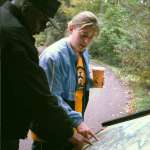 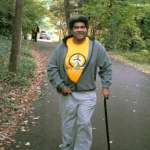 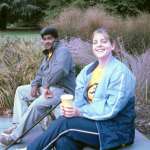 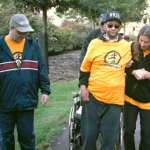 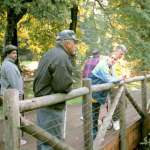 01 A mile and a half was a breeze for Clarence Rowe.
02 Hugh Reilly’s pedometer tells no lies…a mile and a half walked!
03 Robert Mobley (left), did not even work up a sweat over the mile and a half.
04 Oscar loved the Morris Arboretum.
05 Robert Mobley and Sue Nagy check out the map to see where they have walked.
06 “Are we there Yet?” is the thought in Robert Banks’ mind as he nears the finish.
07 Sue and Robert are warned that the Maplewood Movers, like the Wanderers, do not allow slackers!
08 J.C. Parker put in another remarkable performance at the Morris Arboretum as Mike Egenolf and Trish Farkas look on.
09 The grounds of the Morris Arboretum were fabulous, as the two Roberts, Sue and Hugh take a break. 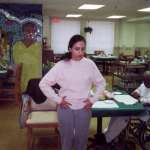 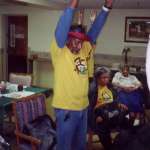 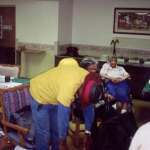 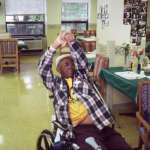 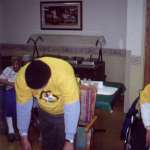 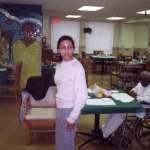 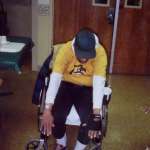 01 The Maplewood Movers switched into yoga mode on October 24 with Nidhi Krishen showing the positions.
02 Robert Mobley shows impeccable form during the stretching exercises. First up….
03 Then down!
04 Oscar Boyd was plenty loose after Nidhi’s stretching exercises.
05 Those toes look miles away. But Hugh Reilly is going to get there.
06 Nidhi was always on the lookout to make sure there was no slacking.
07 J.C. Parker was getting right down to business.