Wanderers Get Down to Business, then Party at Annual Meeting

Wanderers Get Down to Business, then Party at Annual Meeting

The Wanderers got 2009 off to a good start at the second annual club meeting on January 22.  About 25 club members showed up at the Valley Green Inn, chugged down a few beers, congratulated themselves for all the accomplishments of 2008, and looked ahead to a busy 2009.

Highlight of the evening was the presentation of the Athlete of the Year award to Jim Trainor. “It’s true you won’t find Jim up on the podium after many races,” said Carnage in presenting the award.  “But Jim has been one of our steadiest performers, showing up at all the local races.

“While many recipients of the club’s Athlete of the Month trophy have used the award as a ticket to take the rest of the year off, you don’t have to worry about that with Jim.  He is a real competitor.”

The Wanderers agreed on a full slate of events for 2009 including participation in the USATF off road series, management of the Wissahickon Trail Classic in June, and scheduling the Distance track meet in August and the Chestnut Hill Cross Country Classic in September. Members also agreed to staff a water table for the Philadelphia Marathon.

Phil Ranly gave a brief preview of the Wissahickon Trail Classic at the meeting.  Chris Verry and Polly Jansen handed out schedules for the USATF off road series, and Wanderers webmaster Bin Ruiter explained how we can take full advantage of our home page.  Oh yes, and Sharon Schmidt baked some great cookies for the event.
Thanks everyone for coming. It was a lot of fun. 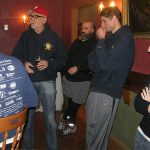 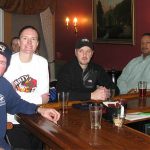 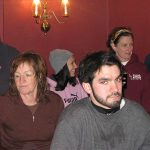 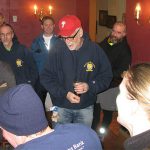 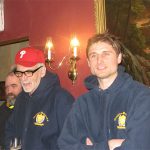 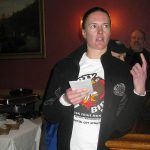 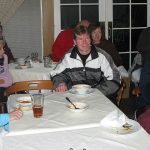 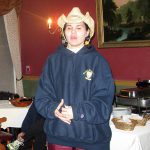 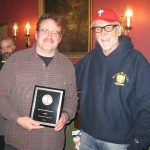 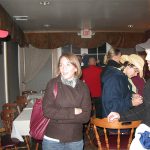 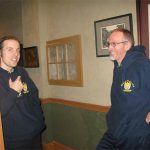 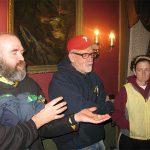 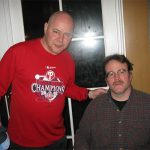 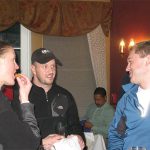 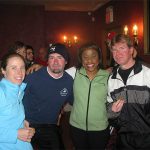 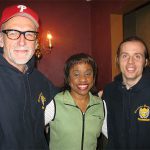 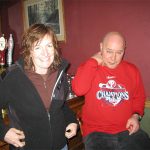 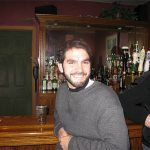