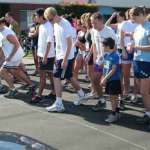 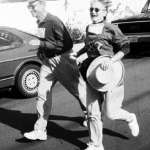 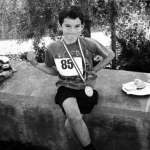 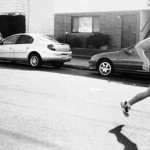 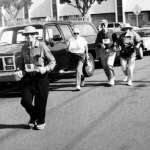 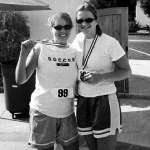 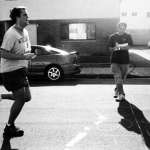 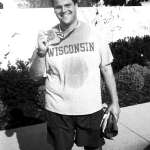 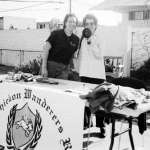 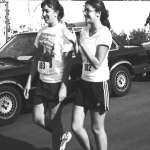 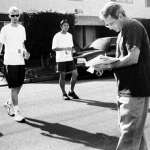 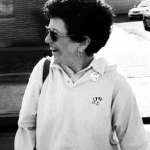 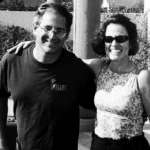 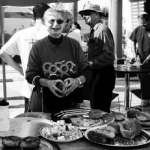 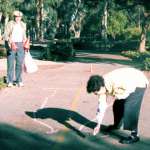 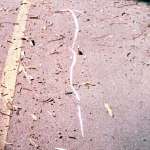 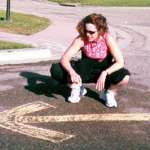 01 Runners take their mark at the beginning of the Bagel Run.
02 Alex and Doris Stein give their finishing kick at the Bagel Run.
03 Daniel Richman, 8, of Isla Vista enjoys his reward after the race, a bagel and a medal.
04 Jessica Mattilar, r., and Melody Khadali, pour it on at the finish. Their times were 25:12 and 25:27 respectively.
05 Bernie Penner, l., pulls away from the pack with Alex and Doris Stern and Beverly Penner trying to catch up.
06 Stephanie Cutler, l., and Alexis Bechtel wear their medals with pride eaerned with solid times of 31:02 and 31:56 respectively.
07 Professor Tom Hibink of Isla Vista motors up to the finish line in 27:06. That’s Rabbi Steve in the background taking results.
08 Afterwards, Professor Tom shows off the hardware he won.
09 Lisa Weiss, l., and Wanderers West Coast Bureau Chief Laura Kalman issue orders over the megaphone prior to the race.
10 Erica Kelin, l, and Joanna Katz hit the line together in 50:26.
11 Nothing got past Rabbi Steve at the finish.
12 Bureau chief Laura Kalman was promoted to Wanderers Operations Director for her performance at the Bagel Run. She replaces Pieman Tom Humphrey who was demoted after the debacle at the Dances with Dirt Relay.
13 Rabbi Steve and Snake Bite were an awesome team taking results.
14 Doris Stein enjoys her bagel and her bagel T-shirt after the run.
15 Smoke lays down one of her controversial arrows prior to the race while Rock supervises.
16 What is this? As it turns out, this is one of Smoke’s arrows.
17 Snake shows Smoke how it is done.