Reports below by Polly and Tammy-Leigh

The Ugly Mudder 7.25 mile Trail Race has been dubbed the 4th largest rustic trail run in the U.S. and this year boasted a whopping 762 registrants (707 finishers)! This was also the first race in the Off-Road USATF series that the Wanderers are competing in.

On Sunday, February 22nd, 2009 the Wanderers showed-up in force with 11 trail fanatics ready to go!

Once again, they kicked-butt & took names with fantastic results, and a curious split of who went over or under the chest-high downed tree blocking the trail around mile 5:

Word from the front & mid-pack: Bodies were tight in the beginning. Chris noted being “bumped” into the trench between the road & the grassy embankment several times. Sharon, Noah S. & Chris were in each other’s sights most of the way & exchanged pleasantries. Doug continued his kamikaze downhill diving with amazing flair and grace. Matt praised the race as Pretzel City’s best & Noah A. agreed that it was much, much more navigable than “Chilly Cheeks!” Polly was most happy at the last mile when there was room to run!

Word from the back of the pack: A field of over 700 people makes for slow going, which would normally be a nuisance but since it was snowing we didn’t so much mind. Especially because we got to watch all the skidding and falling ahead of us and we knew what to avoid, and all the briar patches had been tramped down in advance. However, we got stuck behind the financial planner talking to his buddy about the market and the economy and one can only think… “Why not zip it and just run?” The snow made for a particularly lovely run, and some pretty amazing spills. Luckily the reported broken arm was not a Wanderer casualty! Tammy Leigh’s favorite moment was at the end of the race when runners on fatigued legs (Ron has a wonderful talent for having races with more up hills than down hills) were faced with scrambling up a 25 foot embankment that, by the time this back-of-the-packer got there was a sheer face of mud and rocks. Luckily there, at the top of the precipice, stood fellow Wanderer Randy Shouting “Tammy Leigh get your *ss up here!”

Special thanks to Gabe Mauren and Christian Mongrain for their support and pictures from the race. Also to Wandering Pagoda, Beth Auman who volunteered at the “alternative beverage” stop enthusiastically cheering on the Wanderers. And a huge thank you to Dan Gordon for trusting us with use of the technovan, which was highly complimented for it’s unique appearance & also useful for heckling other runners on the loud speaker (in a friendly manner!)!

Curiously the speakers in the back of the van only work when the special magic TechnoVan CD called was inserted, allowing the team to head home relaxing and grooving to soundtrack-like 80’s rhythms. It should also be noted that the Wanderers were pretty much (but not quite!) the last peeps standing at the Liederkrantz, toasting their success with many a pitcher! Great job everyone & hope to see you at the Tyler Arboretum (next in the USATF trail series) on April 4th! 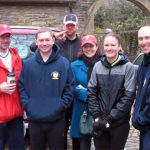 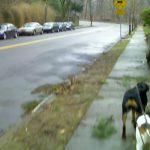 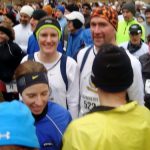 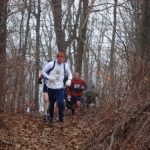 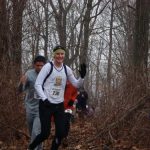 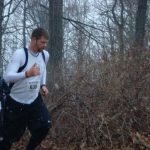 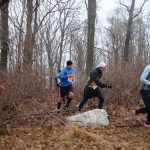 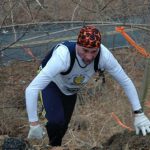 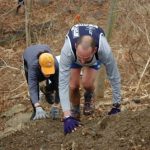 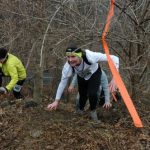 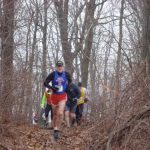 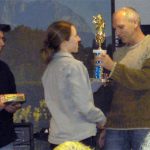 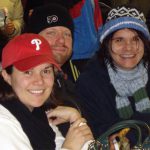 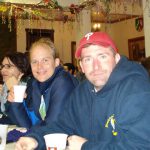 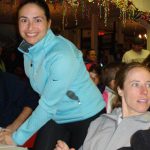 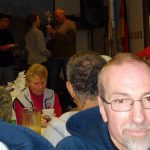 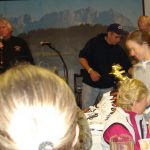 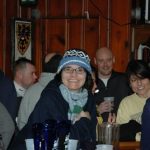