Due to lack of recent rainfall, the waters of the Perokimon river happened to be low the day of the 2008 Lenape Challenge, April 26th. Despite that the recent weather had given way to shallow waters, teams of wanderers migrated to the start line: Maureen and Ken, Polly and Chris, Megan and Irene, the lovable duo of Gemini’s, Susan and Matt M. and the brother/sister team of Matt P. and Carrie.

The race started at 9:30 am and the runners rushed 4 miles down country roads to what everyone thinks of as the hill from hell. The infamous ski hill at the end of the running segment of the Lenape Challenge is one of the major reasons participants all agree that the race is indeed a “challenge.” The second reason, of course, is that few participants actually know anything about canoeing (especially myself) and in the 2 mile stretch of river the course requires that river-faring runners forge some tricky areas of rapids, rocks, drops, branches and much, much more.

In truth, the low waters made the canoeing segment of the race even more challenging than usual, as can be testified by such participants as one Megan Boyle and one Irene Nagle. At first they were doing decently, zig-zagging their way downstream. After being passed by Ken and Maureen who appeared to be going in a straight line (how they do it I will never know). They reached the area so shallow that the underside of everyone’s canoe kind of got too touchy-feely with the rocks beneath, to the point where friction mandated everyone to dismount their canoes and manually push the vessel to deeper waters. It was then, upon reaching the deeper waters, that Irene made an attempt to remount the canoe with kind of a steeple-chase jump into the hull.

Well, she over-shot her body weight and momentum propelled her to the other side of the canoe face first into the water whilst generating enough rotational force to tip the canoe over completely with Megan already inside. Drenched from head to toe, two other gentlemen pulling their canoeing through the shallow waters came to the rescue and kindly lifted the sinking canoe of Megan and Irene out of the water and turned it right side up so that the two Wanderers could continue onward.

Of course no such tale can be told about the journey of Polly and Chris. Compared to most those two were cruising as they came in for a 3rd place finish without any mishaps, making it seem like canoeing was so second nature to them. One would guess they must use it as the mode of transportation of their morning work commutes. Susan finally found her ideal partner in Matt M. and wasn’t forced to yell and scream too much. Matt P. and Carrie proved that wonders never cease by somehow managing to stay upright this year. Special thanks to Leslie who captured some terrific photos of the event.

All in all, it made for a fun event with a lot of good stories to tell. The fun-filled and exciting morning was concluded with brunch at the New Colleg 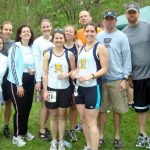 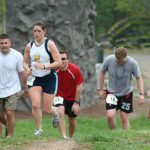 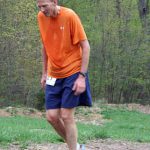 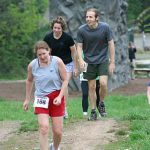 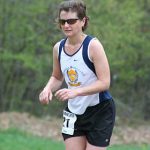 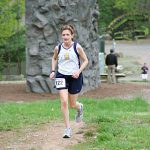 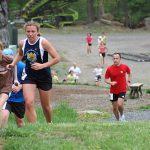 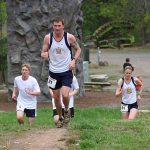 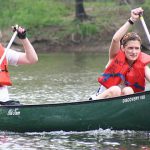 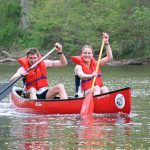 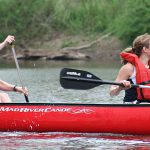 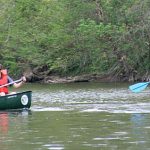 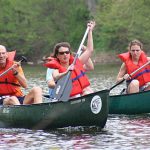