Wanderers Hone Their Running Prowess at the Charlie Horse Half Marathon

Wanderers Hone Their Running Prowess at the Charlie Horse Half Marathon

New photos added 5/29 – This past weekend, a few intrepid Wanderers took on the challenge of a race touted as “always challenging but rarely sane,” the inimitable Charlie Horse Half Marathon of Plowville, PA.

A point-to-point course with an 850 foot elevation gain, a rolling 2 mile street section at mile 9, and a recently added “mini” boulder field less than 1 mile to the finish line, this race is the paragon of the ultimate trail experience.

With only 202 participants, Charlie Horse offered many runners the chance to be alone at some point along the course within the peaceful confines of nature and far, far away from the stentorian tones of urban life. In spite of the much-dreaded but necessary road portion, the scene stirred up just the right amount of tranquility needed for this race: nearby residents handing out free water or a hose-down, runners encouraging one another to keep it up, and volunteers re-energizing effete runners with good spirits and the assurance that the finish line was soon approaching. Even the unexpected knee-high mud pit was reason with which to find good-hearted amusement, given the irony that just the day before, Gina “Limey” Clayton was cajoled – fortunately unsuccessfully –  into buying an 8-oz jar of mud at the King of Prussia mall for a “mere” $60!!

It was a good time shared by all who took part in this race. Ryan Misjan placed 8th overall and snagged 1st place in his 19-29 age group; Susannah was 10th overall and first female; Doug Dubrosky landed 23rd place overall and won 4th in his age group; and Gina Clayton came in number 64 to the finish line, grabbing top honors in her 40-49 age group. Fellow Wanderers Susan Hurrey and Farah Marasigan were not far behind, and if the female age group awards were not 5 but 7 deep (like the males’), The Great One, who finished 6th in her age group, would have won herself a fancy hot plate.

With proceeds benefiting the Berks County Special Olympics – a spate of Special Olympians greeted runners at the finish line and later helped hand out awards – the Charlie Horse Half Marathon is indeed THE race for any Wanderer to do. What better way to prove we are a preen-worthy power unified by strength, endurance and vitality? 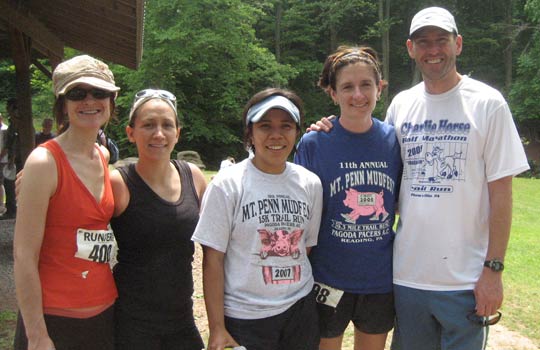 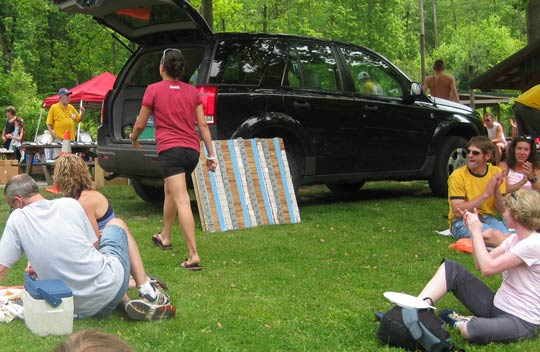 Susannah going up to get her award. 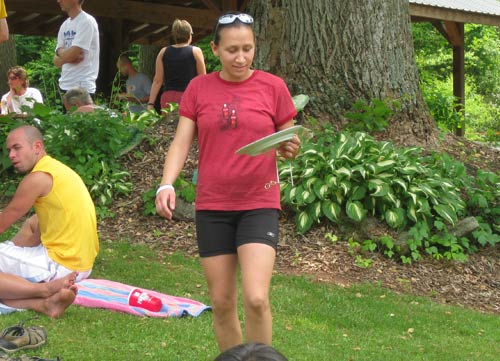 A new plate to add to her trophe cabinet. 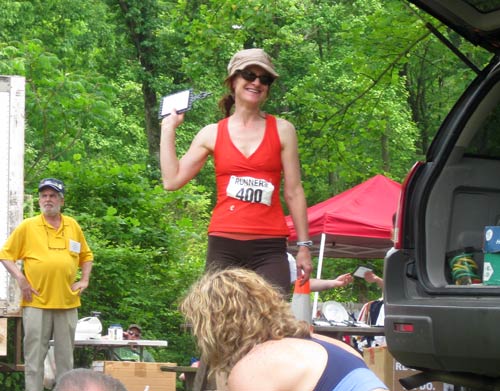 Gina getting her award. 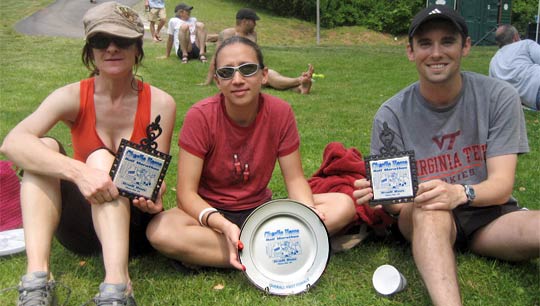 Gina, Susannah and Ryan show off their well-earned hardware. 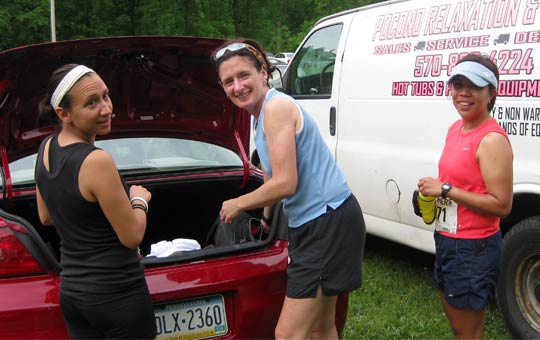 Time to pack up the hardware and head home.