Depending on how you look at it, the Ugly Mudder is either the first race of the season, or the last race of the off-season. It’s the first race in the USATF Trail Series – but it sure doesn’t feel like spring yet.  Either way, it was a chance for a horde of wanderers to lace up their trail shoes and climb up and down the seven plus miles of Mt. Penn trails that make up this race.

The Ugly Mudder offers a slew of challenges.  On many of the same trails as Half-Wit (but in the opposite direction), it’s got enough climbing and descending for a sherpa, surfaces challenging enough for a mountain goat, crowds that made the start feel like a Justin Bieber concert (800? cray-zee), a ridonculous ending climb/scamper that destroys even the best runners’ dignity, and a guardrail that, though clearly visible and 100% stationary, still managed to take down the Wanderers’ lead runner. Add to that some stolen course markers that wreaked havoc on the race’s first 50 or so runners and you’ve got a recipe for… well, a recipe for something.

Perhaps because of its unique timing, alone on the race calendar, the Ugly Mudder routinely gets the biggest crowds of any trail race around.  With around 800 people running on single-track trails, the race makes you decide early: go out hard and establish position, but blow all your energy early – or conserve your energy but risk getting caught behind too many people.  The huge amount of climbing in the first 2 miles doesn’t make things any easier.  Still,  several Wanderers headed out not far from the lead, making the team well-placed to improve on last year’s snowy showing.

Despite the difficulty of the course, things stayed relatively sane until mile 4.  There, someone (RD thinks mountain bikers, but those bird watchers are a pretty mischievous lot, too) had taken down the trail signs indicating a left turn down the hill.  This led to mass havoc for the first 50 or so runners.  Some plowed through, some did 180s (although everyone who did a 180 seemed to actually wind up running back behind where the missed turn was), and some people who missed the turn wound up making it into a shortcut.  Things could have been worse for the Wanderers –  Louis escaped unscathed, and Sharon and Noah S were lucky that a runner right behind them was able to lead them in the right direction.  Chris M got pretty screwed.

Some time after that, the race organizers managed to get the course clearer.  Here’s hoping that there are no repeats of this in the rest of the trail series.  A trail series, by the way, in which the Wanderers are doing ok thus far.  While we finished in our standard “second-to-last” spot, we can take pride in being way closer to arch-nemesis Greater Philly Track Club than usual.  “I was really pleased to see the team results,” said Wanderer legend Bob Reynolds.  “These last few weeks, I was worried I’d made a mistake deciding to register with the Wanderers this year, but seeing this confirms my choice. I’m really looking forward to helping the team rise in the standings. I’m only sorry I was out of town and couldn’t race with you at the Ugly Mudder.”

As for individual results, Louis had a kick-ass 5th place overall, which was really kind of like a 3rd place overall.  Sharon was second overall woman, and could point out that unlike Louis, her bloody knees were from falling on tricky rocky trails, and not from falling over a clearly visible and 100% stationary guardrail.  The mix of newcomers and grizzled vets bodes well for the races to come, and for the many weekly trail runs that await as the weather warms up. 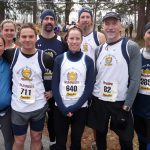 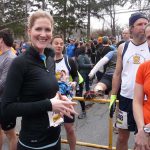 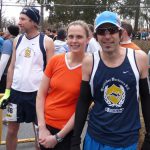 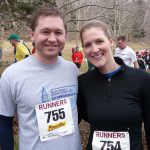 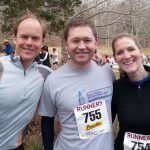 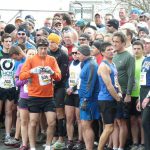 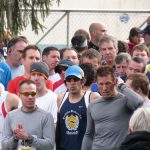 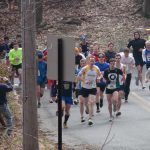 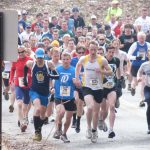 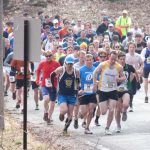 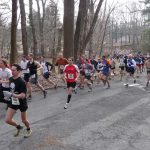 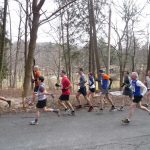 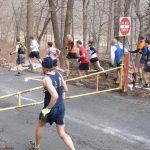 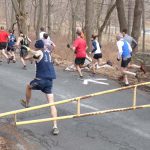 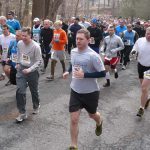 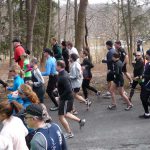 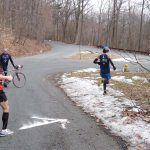 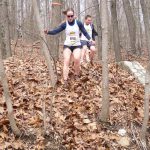 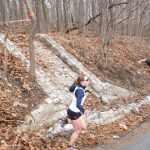 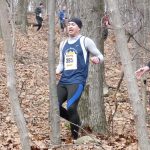 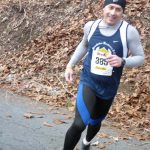 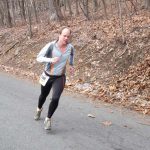 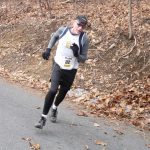 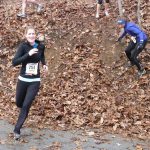 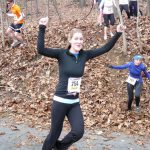 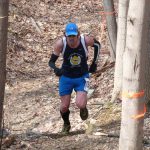 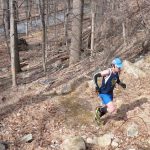 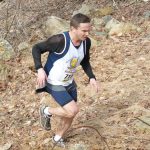 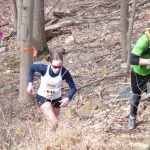