This past weekend, 6 Wanderers courageously discovered and defeated the scion of Mt. Penn Mudfest: Mudder Mayhem. This first-time 7-mile trail run pitted in Evansburg State Park had runners floundering through slicked mud, trail-wide puddles, multiple stream crossings (one waist-high!) and a narrow and at times not-so-well-marked route. Finding a natural cadence was by all means impossible.

The warm-up to the race was wildly entertaining to say the least. Dr. Drill Instructor Program, an area boot camp-style fitness establishment, sponsored the race, and a majority of participants/members of the gym were decked out in camo-attire answering the “drill sargeant’s” call for “Can I get a YEAH?!!” with an obsequious, “YEAH!” We felt a little out of our element to say the least.

True to form, all of the Wanderers fell victim to the Mayhem. With days of torrential downpours leading up to race day, the course had its share of obstacles to battle through: trails laden in thickened mud that doubled as a foot suction (Gina “Mad Scientress” Clayton witnessed a man in front of her lose both shoes, one after the other, only to retrieve them from the mud and continue running barefoot); lots and lots of puddles; and slippery, narrow trails that had runners perilously close to sustaining a 4-foot drop into the stream below.

The vicissitude didn’t stop there, though. Adding to the mayhem was confusion with the course itself. A few lead runners were inadvertently misdirected en route, running a mile-or-so portion of the course twice and finishing much later than expected. Susannah was among these runners and feared “lost” by Susan and Gina.

All hardships aside, though, it was a fun, muddy mess of a day. Gina and Susan won 1st and 3rd in the 40-49 age group, respectively, and Amelia (Farah’s daughter, a.k.a. Eggbeater-in-Training) agreed to join in on the folly next year. 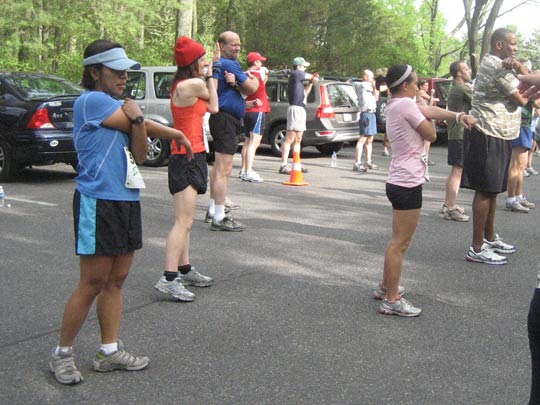 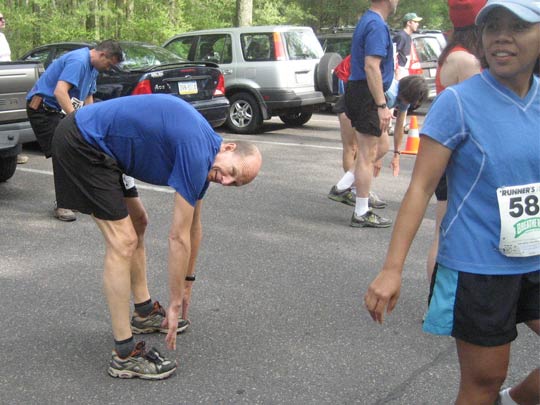 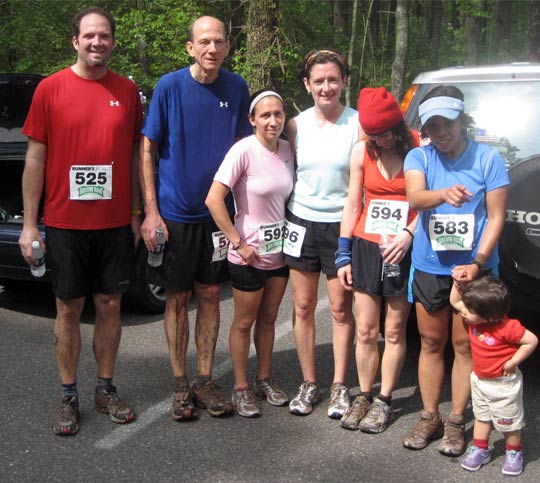 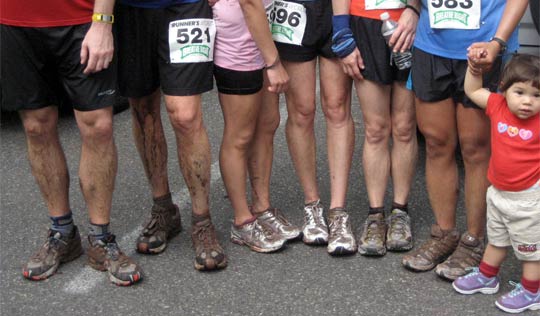 Legs showing the mahem nature of the race.

Amelia (a.k.a. ‘Eggbeater-in-Training’) vowed to run the race next year.