“If you just try, try, try enough, at last you will succeed!”  This old saying could not have been more true for Chuck Shields at the Chestnut Hill Classic cross country race on Saturday, September 19.

Chuck has run in all nine of the classic races, or close to it, and has always been a star coming in second a bunch of times.  But he has never actually won the race….until this past Saturday.

It was a small but impressive field which toed the starting line…including defending champion and two-time winner (possibly more because our record keeping is a little suspect) Joel Alberts, former champ Bob Rimkis and the Wanderers own Matt Palombaro.  Chuck settled into second place early in the race and then made his move with a mile left to go, passing Joel Alberts who had been setting the early pace. Once in the lead, Shields took over ultimately winning the race in 16:34.  Matt Palombaro finished strong to take second in 16:52, with Alberts third in 17:02 followed closely by Bob Rimkis in 17:16.

The Chestnut Hill Classic has often been beset by bad weather in the past, including occasional downpours and often extremely hot, humid temperatures.  But the conditions on Saturday were perfect, sunny with a cooling breeze.

The timing for the race was performed by Fast Cat Sports in the personage of Fred Kenney and Pat Barrett so that all times are definitely official!  Paul Hines, coach at Chestnut Hill Academy, was race director and did his usual excellent job.  Lola staffed the registration desk for the Wanderers supported by Randy Clever, and Polly Jansen and Chris Verry took care of traffic control.

The Chestnut Hill Classic is now part of a new four-race cross country series put on for the USA Track and Field mid-Atlantic region by Dave Thomas.  The next stop is the 2nd annual Jack Saint Clair Memorial Cross Country Championship at Belmont Plateau on Sunday, September 27.  Five miles for the men, and 6,000 meters for the women.  All the details are at Fast Cat Sports » 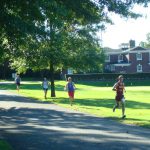 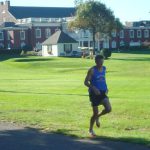 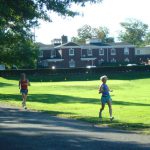 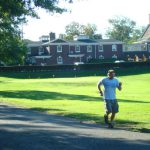 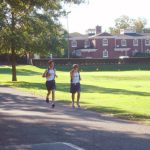 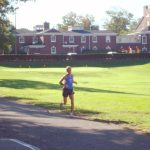 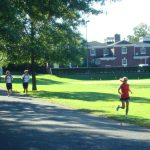 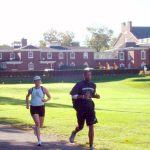 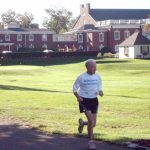 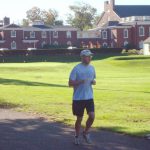 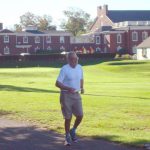 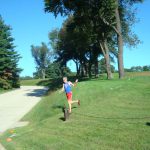 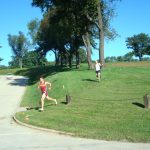 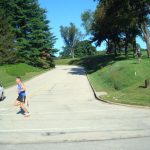 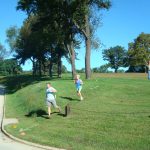 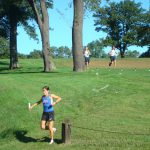 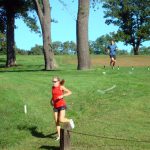 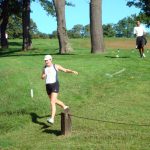 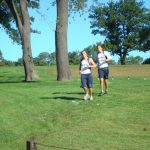 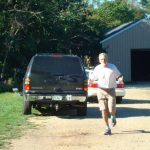 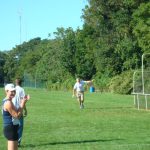