Wanderers Make a Splash at the Splash and Dash!!

Wanderers Make a Splash at the Splash and Dash!!

At 7:00 PM on Wednesday, July 8, 2009, three Wanderers took a break from their regular training routine to “Du” the Splash and Dash at Marlton Lakes.

Pete Michener won the race beating the competition (including the relays) with a time of 25:03.  He got out of the water in less than six minutes and showed that all the trail runs would pay off by running an 18:09 5K on the flat roads surround the lake.  Polly Jansen would once again find herself on the podium getting 2nd overall female with a time of 28:28.  Her track workouts helped her get a PR of 19:18 on the 5K, and was the fastest female on the run.  “I really didn’t feel like I was going that fast.  5Ks are getting so much easier.”  Chris Verry got 2nd in his age category with a time of 28:11.

This race was a great event.  With just under 100 competitors and awards going three deep in 5-year age categories a lot of people were given awards.  It started off with a pre-race meeting after everyone had found their spot for their transition area.  Then all of the competitors walked the 0.25 mile across the dam for the swim.  The swim was an experience in itself.  The water never being more than 5 feet deep and cloudy enough that you could not see your own hands in the water.

Pete lead the pack of swimmers being the first guy out of the water.  I guess you could say we all were drafting him… Thanks Pete!!  The water was so shallow that Chris managed to hit his hand on the same cement block that Matt P. had found the year before… What are the chances??

The run was a winding out and back course through the beautiful neighborhoods.  Residents came and cheered.  Afterward, there was watermelon, pretzels, and Tasty Cakes to snack on.

Headed towards the start 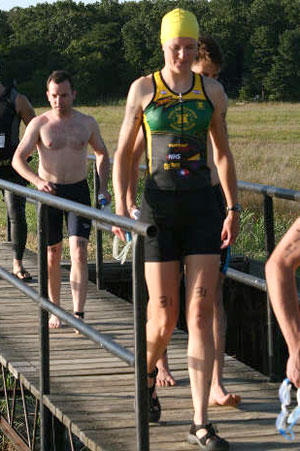 Out of the water 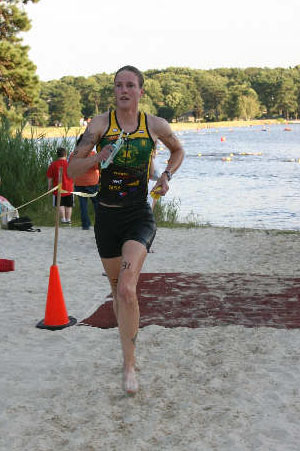 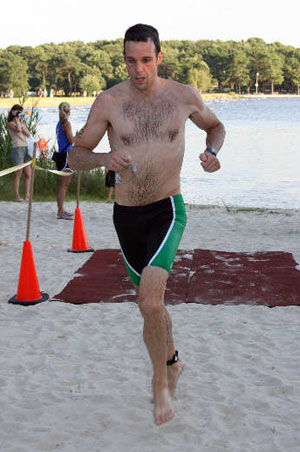 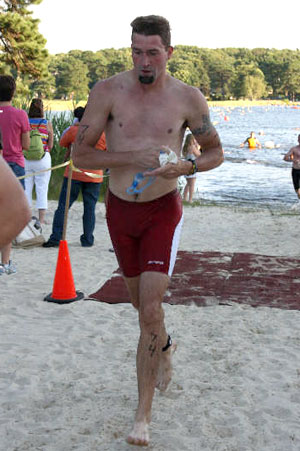 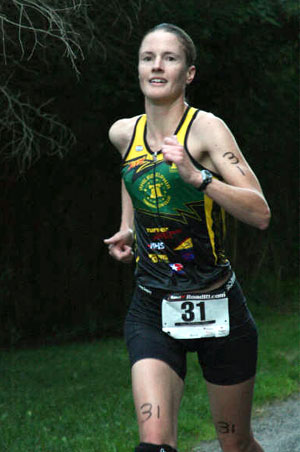 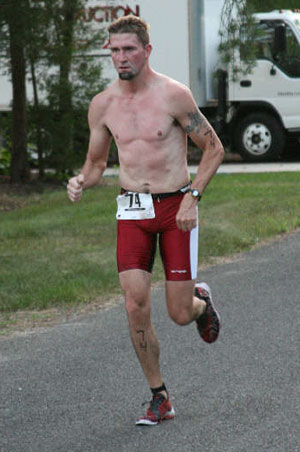 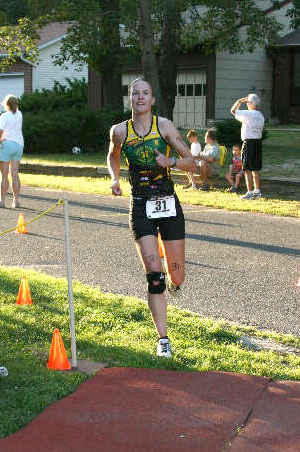 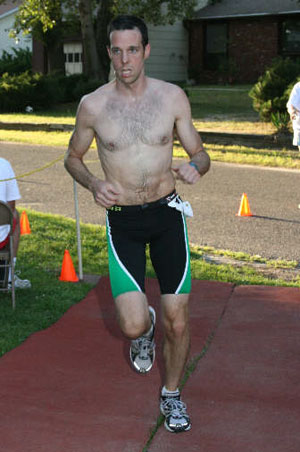 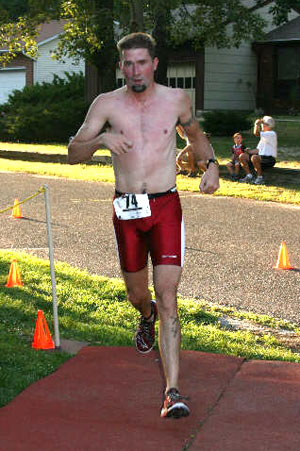