The Wissahickon Wanderers produced a lot of bright spots in an otherwise sad day at the Philadelphia Marathon on September 20. Wanderers excelled out in the field and at the water stop at the 18/22 mile mark.

But what had been an almost festival-like atmosphere turned somber after the race when it was learned that two runners had collapsed near the finish line and died. This is something no one had expected, certainly on a day where running conditions were very good.

Wanderer runners turned in a sterling performance in the marathon.  Rodman was the first Wanderer finisher in 5:36:11, followed by Melanie Wright and Rick Graboyes in just over six hours.  Rodman, Melanie and Rick ran with determination and with great spirit as well.  We are very proud of their performance.

Down in the pits of the 18/22 mile water station, Wanderers were working really hard and had a lot of help from the students at Dock High School and some great individual volunteers.  The day started at 6 am in total darkness and did not end until 1:30 when the trash trucks came to pick up the debris after the race. Because of the many runners, the Wanderers and other volunteers were kept hopping throughout the race.  The supply of cups ran out toward the end of the race, and the volunteers had to improvise to keep runners hydrated until Mea Schiff and Jan bin Reuter were able to bring resupplies.

A number of stellar volunteers joined the Wanderer effort at the water stop.  They included Dave Redash, Nicole Fishbach, Philip Kuhl, Tara Laine, Madeline Shores and Ciera Russell, and Diane Gomes and her children.  They were really good. 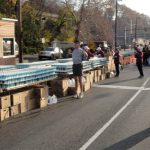 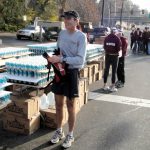 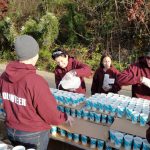 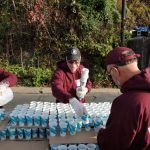 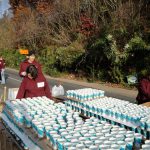 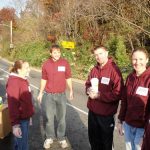 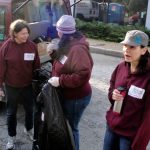 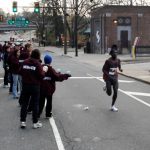 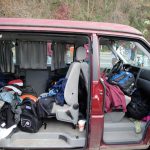 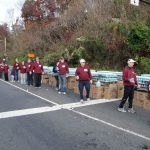 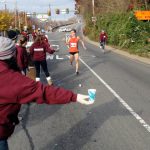 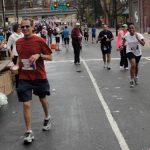 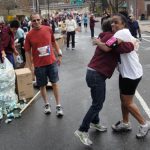 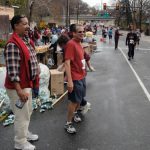 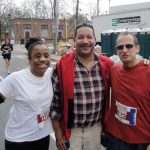 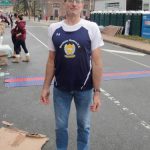 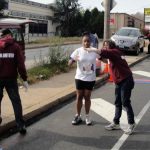 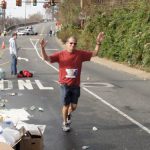