The marathon used to be considered the ultimate athletic challenge.  It was thought that the body could not endure anything tougher.  But every year, athletes (and Wanderers in particular) seem to push the edge of the envelope even further, Ironman races, ultra marathons, etc.

But Wandering Animal Josh Dennis must have reached the very limit earlier this month…the 200-mile McNaughton park trail race in Vermont.  It simply cannot be possible to run anything more demanding!!  And the distance only tells part of the story.

The race is called the McNaughten in Vermont 200 Mile Ultra Trail Race and was held in Pittsfield, Vermont beginning on May 7 at 6pm and continuing until May 8 (72 hour time limit).  The course consists of a rugged 10 mile loop in the Green Mountains of Vermont and runners have to repeat the loop 20 times despite the unforgiving weather experienced in the mountains at this time of year.  Each loop has 2,400 vertical therefore the 200 miler featured 48,000 elevation change.  The first 5 miles of the course mostly involved climbing mountain switch back trails with 2 significant climbs.  The second 5 miles looped back around the mountain and involved switchback trails with at least 4 significant descents.  If you do not believe it, here is the race web site: peakraces.com/mcnaughton.html

Josh, founder of The Animal Camp Extreme Ultra Running Club and a member of the Wanderers, completed the race in a speedy 67:56:22.  He was one of only three (including his brother John Dennis) who finished the race.

Josh explained the secret of his success,  “I got into a zone where I just did not give a #@^%$*&”.  Most importantly, I had the help of teammates, without whom, my 200 mile completion would not have been possible.”

Describing the race would require a book.  But here are just a few random comments.  Josh’s quads were destroyed and no longer functioning by mile 150.  Josh did not explain how he finished the last 50 miles without his quads. Josh took one nap after completing the first 100 miles in just over 24 hours, otherwise he was always on his feet.  Josh managed to keep his head on his shoulders throughout the race, but became delirious at work on the following Tuesday, and had to be given the rest of the day off. His body was such a wreck after the race, Josh avoided any visit to the doctor in case he should be pronounced dead!!

The 200-mile race was not actually the hardest part for Josh.  Right after hitting the finish line, he hopped in the car and returned to his southern New Jersey home….it was his turn to take care of his two little children and give his wife a late Mothers Day reprieve!

The race consisted of 20 of the above 10-mile loops.
Approximately 48,000 feet of climbing total! 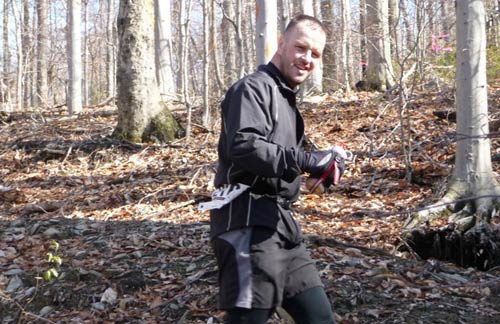 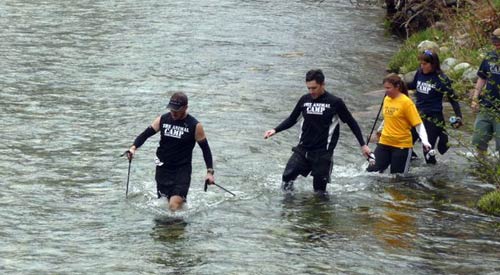 After 199+ miles of running, why take the bridge when you can wade through the river ?! 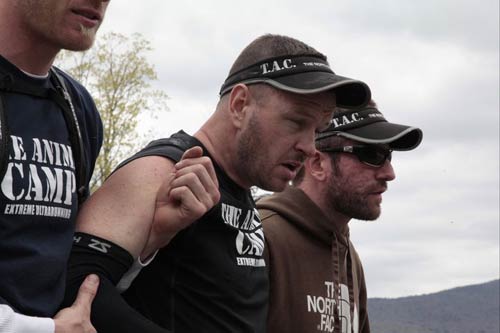 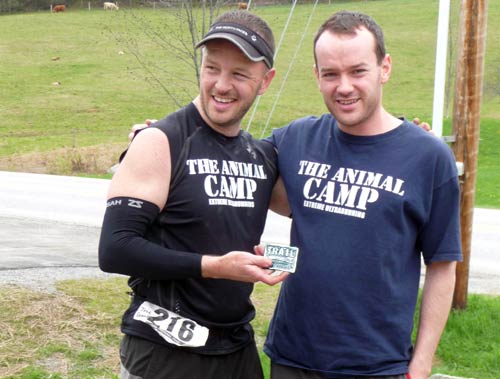 Josh and his brother John after almost 68 hours of competition! 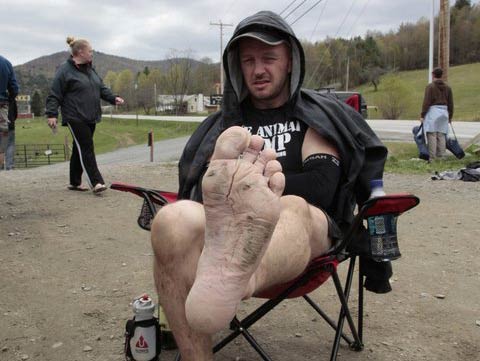 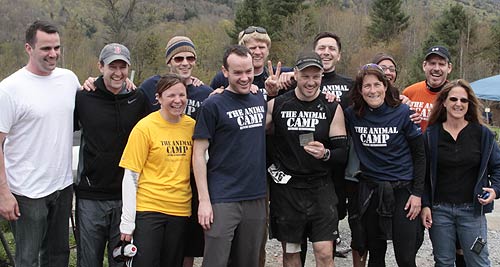 John and Josh with their support crew